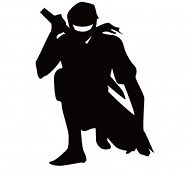 TABLENINJA II is a type for poker tracking software useful for cash games, multi-table tournaments, and sit & go tournaments. It’s an add-on for either Hold’em Manager or PokerTracker. The Pro Version costs $150/year, while the PokerStars Version is $75/year, but you can download 30 day free trial. In this article, we will demonstrate how to set up and use this software.

You can read this article on downloading Hold’em Manager.

More information on PokerTracker can be found here.

The same is true even if your software is Holdem manager. After installation, you can choose Holdem Manager or Poker Tracker on the selection screen. 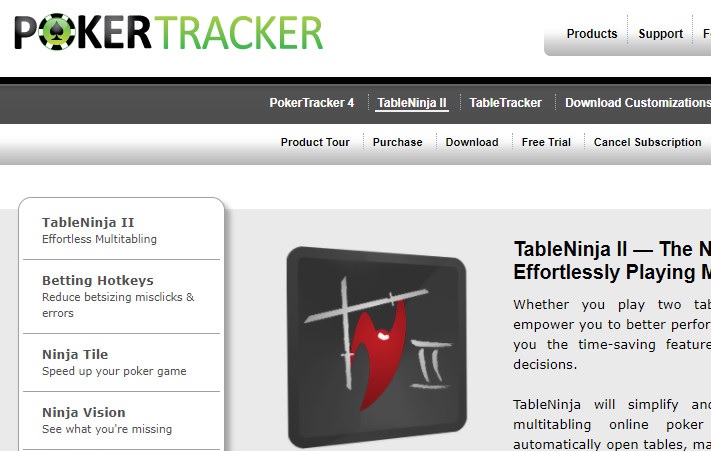 After the download, select HM2 or PT4, depending on which software you are using.

You have to set up TABLENINJA II before you start using it.
First, set the language to English. 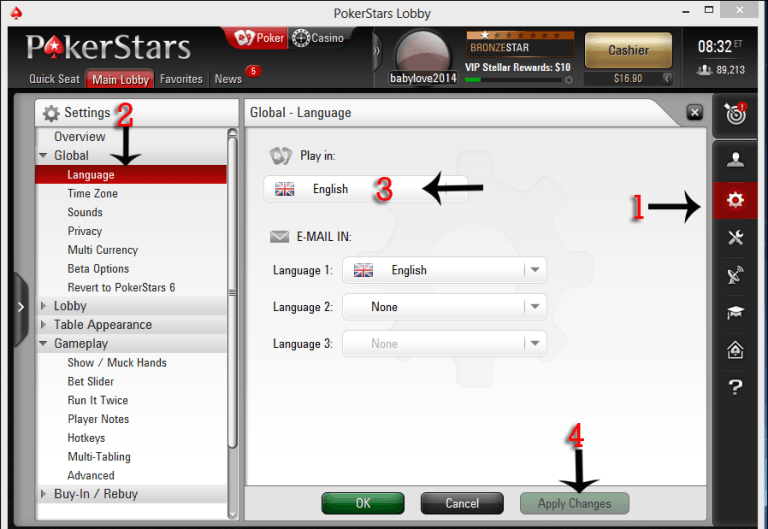 Click on “Gameplay” from “Settings” and select “Bet Slider.” Remove the tick next to “Bet Slider Shortcut Buttons” and click on “Apply Changes.” 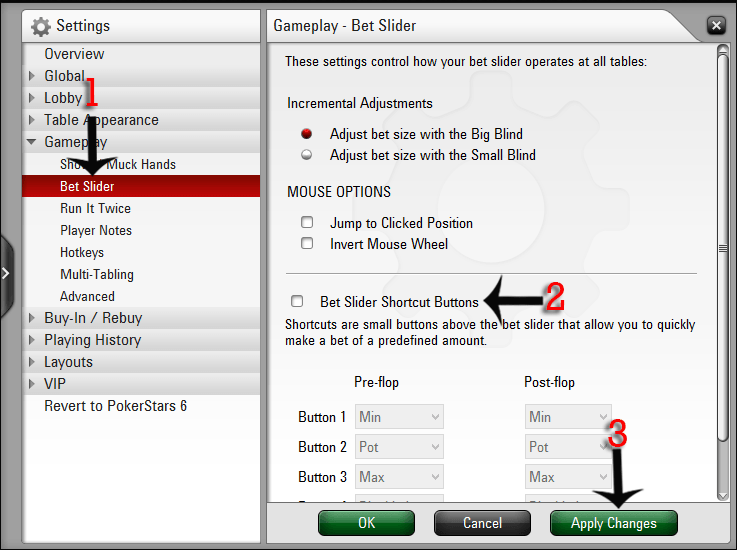 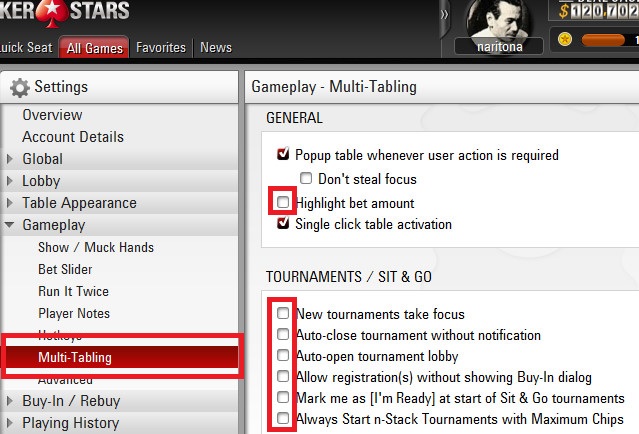 In the “GENERAL” category above, remove the tick next to “Highlight bet amount” and tick the box next to “Single click table activation.”
In the “TOURNAMENT / SIT&GO” category, remove ticks from all boxes. Finally, click on “Apply Changes.” 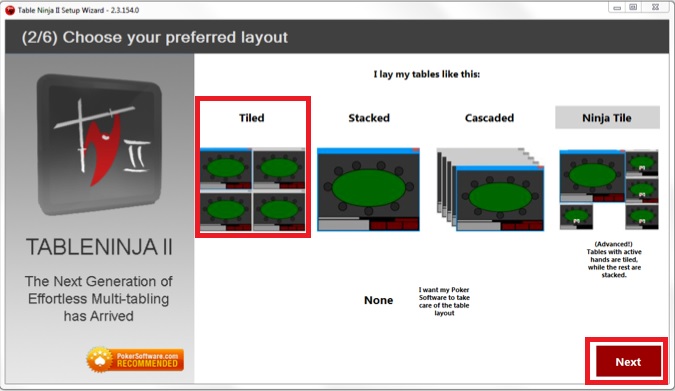 One of the most useful features in TABLENINJA II is “Table Control.” This is the function that that displays several tables in various layouts. Usually you have to open the table, move the monitor around, and adjust the zoom. But TABLENINJA II automatically distributes multiple tables just by entering PokerStars. You only have to configure the “Table Control” settings once.
One of the things you can do is to connect a second monitor to your computer for the game. We’ll try to set up the second monitor to play Zoom on 4 tables in a Tile layout as an example.
Select “Table Control” from the TABLENINJA II menu and click on “Layout” on the left. 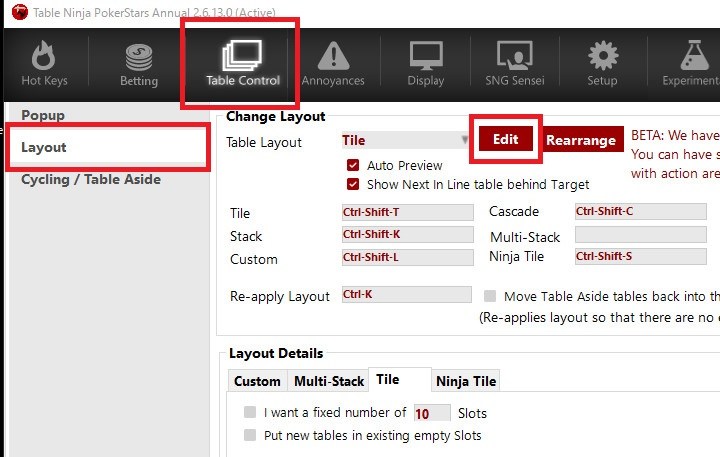 You can pick the layout from: Tile, Stacked, Cascaded, Ninja Tile, etc. We’ll take “Tile” as an example.
Click on “Edit” to open “Layout Editor.”
⦁ Tick the box next to Monitor 2 (choose Monitor 1 if that’s what you’re using.)
⦁ Select your layout. We’re going to pick “Tile.” 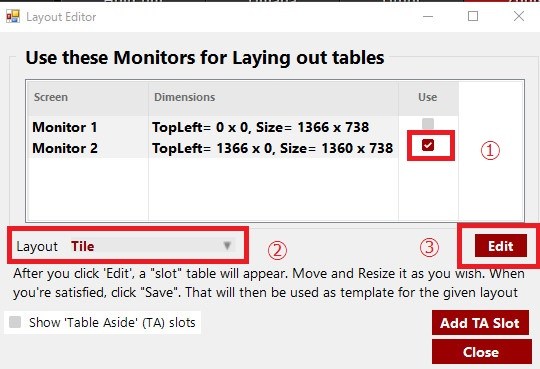 ⦁ Click on “Edit,” and a black-and-white table will appear on Monitor 2. 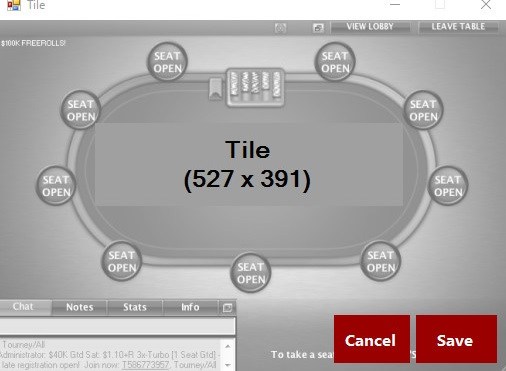 You can change the size of the table, so adjust it according to you needs.
This time, we’ll set it to 527 * 391, a fourth of the monitor, to fit 4 tables. Click on “Save.”
This is the end of TABLENINJA II setup.
If you click 4 times on “Join Game” from PokerStars Zoom, 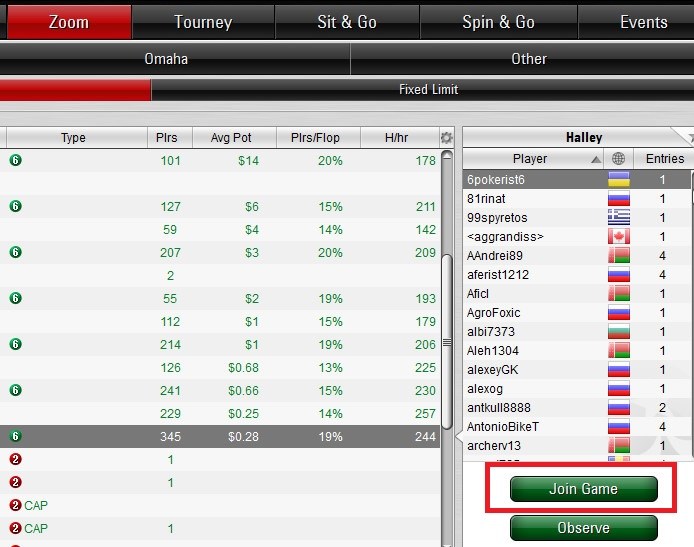 4 tables will be displayed on Monitor 2, and you’ll be able to play them all at the same time. 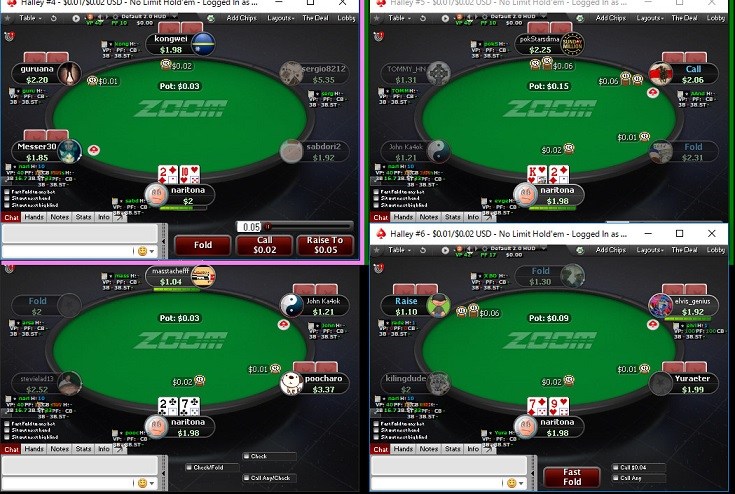 You can control many tables at once using shortcuts.
For example, if you have to leave briefly, you can sit out by ticking the box in “Sit Out Next Big Blind.”

In example, our shortcut is the letter z. By pressing z on the keyboard, you can tick the “Sit Out Next Big Blind” box simultaneously. It’s a useful feature for player for are participating multiple games at ones.
In the example below, Ctrl + Q is a shortcut for closing all tables where we sat out. It prevents overflows on certain tables and is useful for players who want efficiency.